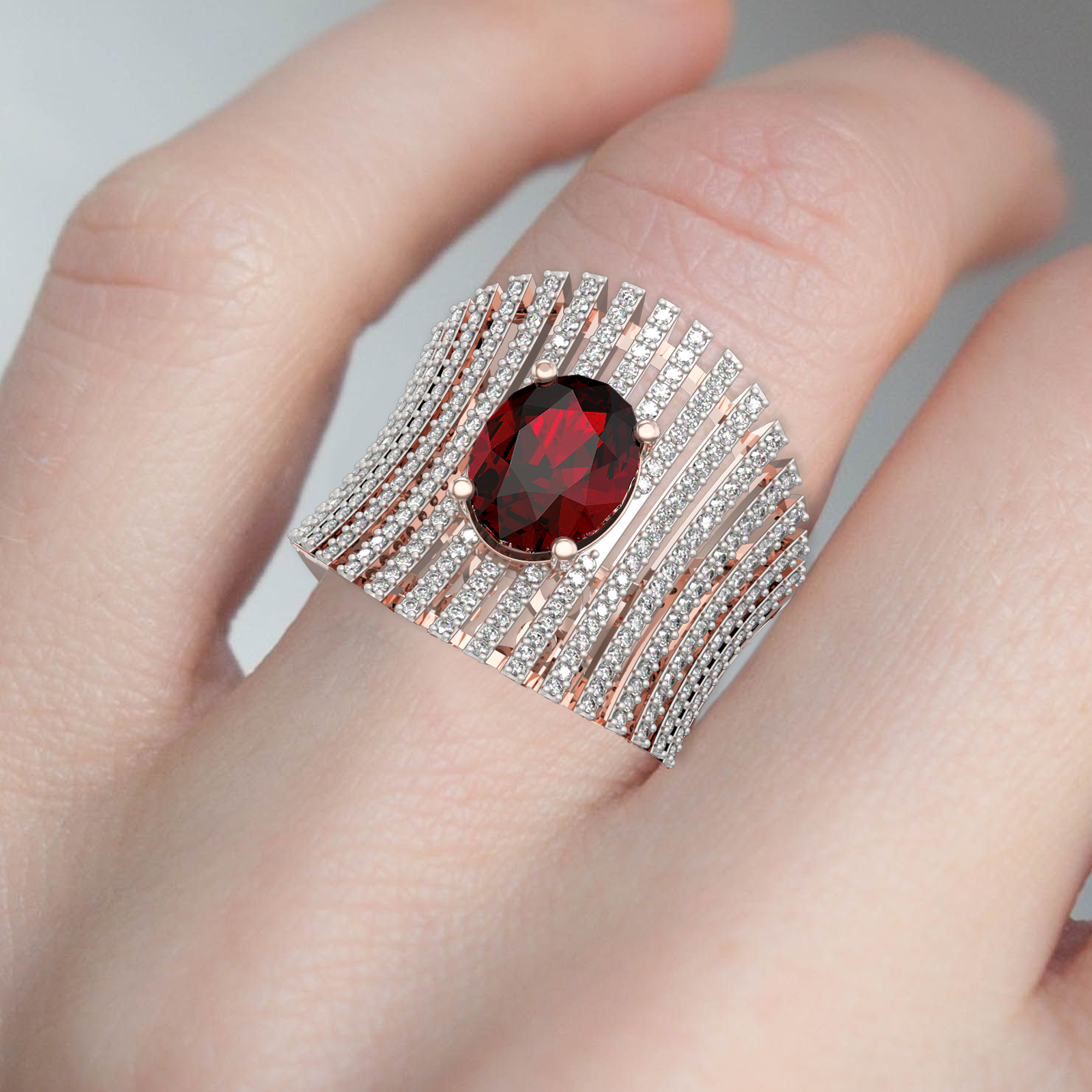 Role of Clarity in Diamond Grading

Do you want to learn about diamond clarity before buying diamond jewellery? You are on the right page. Assessing the diamond clarity may be challenging for first-time buyers. The tiny inclusions in precious stones are difficult to identify. Sometimes these inclusions may have a negative impact on the structural integrity of the diamond ornament. Therefore, if you plan to buy solitaire rings, it is essential to know how to verify the diamond's clarity. We will provide adequate information on the diamond clarity here.

A Brief on Diamond Clarity

Clarity is the aspect which covers everything about a diamond stone which affects the light interaction. While evaluating clarity, gem graders look into the transparency, surface blemishes and inclusions. Although all precious stones contain inclusions to some degree, not every inclusion will impact the diamond's grade. The inclusions in diamonds appear in the form of crystals, long needles or twinning wisps. There is no treatment to remove the inclusions from diamonds. However, a few procedures can reduce their impact on faceted diamonds. If you buy diamond rings in Chennai, some of the reputed gem cutters try creating an inclusion-free stone through cutting processes.

Less the number of inclusions, more the value of the diamond. But geologists love the inclusions as they indicate the changes on Earth. Few of the inclusions are beautiful, and some diamonds contain diopside, garnet or smaller diamond crystals inside them. Thus, inclusions are unique and can be interesting to study. They are the aspects that distinguish synthetic diamonds from natural ones. Renowned jewellers who make diamond rings in Chennai differentiate the natural diamonds by looking out for natural inclusions.

Gem graders follow diamond clarity & grades to check the quality of solitaire rings and other diamond ornaments. Let us see in detail how they do it. Impact of Clarity on Diamond Rings

The impact of clarity on diamonds is determined by evaluating the inclusions with the following parameters. They are:

Gem graders analyse diamonds under 10x magnification. The first thing they calculate is the size of the inclusion. A big inclusion will hugely impact the diamond solitaire rings and spoil their visual appeal.

The number of inclusions in a precious stone is the next important thing that gem grades evaluate. If there are a lot of inclusions, the entire diamond jewellery will look unattractive. If you buy solitaire rings, look into this criterion as it contains only one big diamond stone.

The place where the inclusion is located in a diamond will affect the appearance of the ornament. The table facets are the worst positions where inclusions can be placed, which act as windows to the diamond stone. Check twice before buying diamond rings in Chennai, Bangalore and Hyderabad for inclusions.

If the inclusions are placed above the culet, they can be reflected into the same diamond, which will look like the stone has many inclusions. The inclusions will lower the value of the diamond stone. If they are located in a position with high facet density, they will not be visible as the light that reflects from the facet will distract them. Ensure the position of inclusion before buying solitaire rings, as you don't want to settle for an unattractive ring.

Various types of inclusions affect the clarity of the diamond in varying degrees. Twinning wisps are the kind of inclusions which develop white marks as the diamond crystals change their direction during the development stage. Usually, they radiate from the centre of the stone, so they greatly impact the clarity of the stone. Never invest in diamond solitaire rings with twinning wisps.

Pinpoints are a type of inclusion that form tiny crystals inside the diamonds but are barely visible even under 10x magnification. Such types of inclusions have little effect on the clarity of a diamond. You can buy these kinds of diamond rings in Chennai without second thoughts as they do not affect the quality of the product. In comparison, feather inclusions have a major impact on the diamond stone. Even if they are found near the girdle, they bring about a big change in the stone's clarity. Large feather inclusions may lead to permanent damage like cracks.

Look for stones with a clarity of VS or higher when they are greater than one carat. SI grades are great for smaller diamonds, as clarity does not matter much here. If you are planning to buy diamonds, reach out to Khwaahish Diamond Jewellery, one of the best diamond jewellers in Chennai, which ensures that the imperfections do not affect the quality of the product.

How to Buy Diamond Bangles

An Ultimate Buying Guide for Diamonds